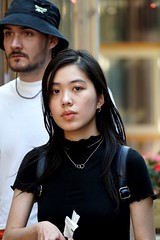 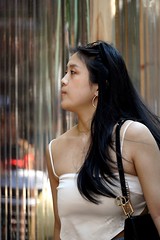 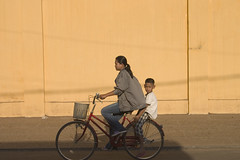 Also known as River side, is an attractive boulevard running along the banks of the Mekong and Tonle Sap. It’s fronted by a large, long open space with manicured lawns, palm trees and open pathways, all recently re-done as part of a Japanese funded project to upgrade the flood infrastructure along the river.

The built-up side of the street is home to cafés and shops and the better class of bar, and is popular with tourists and expat Westerners prepared to run its gauntlet of touts selling drugs, girls and tuk tuk rides.

Camory is conveniently situated on the Street 5 (Preah Sisowath Quay), along the riverside. Relaxed, cushioned indoor a/c dining and sidewalk seating with a view of the riverfront scene. Boasting a large menu with both Western as well as Asian cuisines, you can take your pick from steak, pizzas, burgers, sandwiches, Pomelo Salad and three kinds of Cambodian Amok. They also serve fresh Pastries, and western sweets as well as Cambodian Camory cookies ranging from classic chocolate chip to unique exotically spiced cookies.

Jaan is a cozy, modern little restaurant located right next to the night market. The staff is friendly and they offer good Khmer and Western food and have a special breakfast menu.

Green Vespa is a riverside restaurant serving a wide range of Western dishes as well as a full bar. Happy Hour is from 4pm to 7pm.

Fish is a contemporary riverside restaurant serving everything from lobster and sophisticated seafood creations to fish and chips. They also offer a selection of pastas and non-seafood options.

Bopha Phnom Penh Restaurant & Titanic Lounge is an atmospheric restaurant located on the Tonle Sap Riverside. The restaurant provides a stunning view over the river and is a perfect place to eat if you want to try authentic khmer cuisine and perhaps catch a Khmer dance performance. They also offer a selection of western food.

The Shop is a colonial-style house with a tranquil back patio in Chey Chumneas. It is a place for a relaxing cup of coffee with a friend or a book. The Shop and The Shop Too have menus that change weekly (on thursdays) and they are known for their selections of sandwiches, salads, soups and fresh baked goods.

VIP Sport Club is a fitness and sport club in Phnom Penh, located on the south part of Norodom Blvd (approximately about 300 meter from south of the Embassy of Thailand. They have a swimming Pool, a gym area, tennis courts, table tennis, Sauna, Steam and a reataurant.