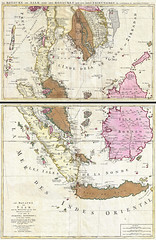 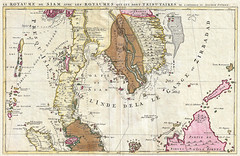 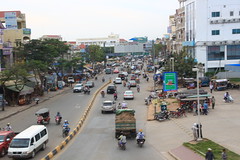 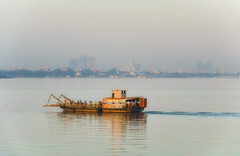 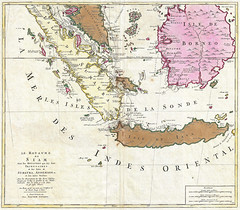 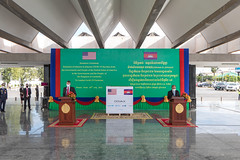 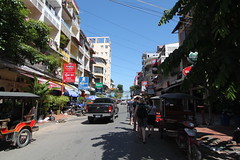 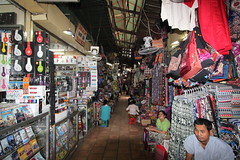 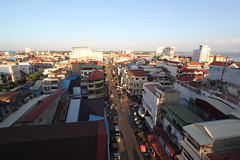 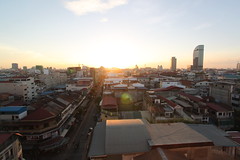 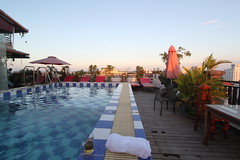 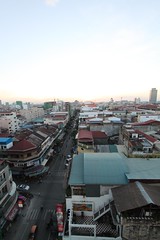 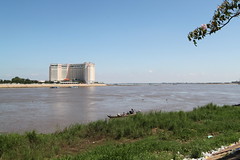 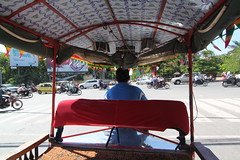 It’s 10.45 on a Thursday morning and the queue is forming outside BuckHunger – a soup kitchen near Phnom Penh’s Russian Market. Every day, at 11am, BuckHunger provides free lunches to some of the poorest children of Phnom Penh. For many, this will be their only meal of the day. In the queue I meet a homeless family, carrying their worldly belongings around with them in a cart, which they have decorated for Chinese New Year. The mother tells a member of BuckHunger’s staff, that they are grateful for the daily free meals.

The doors to BuckHunger opened on the 4th of December 2011. The project is the brainchild of Johnny, who is a restauranteur by trade. Johnny established BuckHunger after witnessing young children picking through rubbish dumps, not only in search of cans which they can sell but also looking for food which he says ‘it’s desperation at its worst’. This is my second visit to BuckHunger and there are even more children here than on my first visit. Kids from a neighbouring orphanage turn up in a giant blue tuk-tuk. The orphanage tuk-tuk even managed to pick up a couple of children on the ride over. The orphanage has limited supplies of food, and meals consist mostly of rice. At BuckHunger, children are served a nutritionally balanced meal of vegetables, rice and meat. Today, for the first time ever, BuckHunger feeds over 300 children.

The majority of BuckHunger customers are children, although there are usually a handful of elderly people. What strikes me most about the place, is the dignity with which everybody is treated. There is a group of four girls sat a table. They could be girls having a lunch and catch-up anywhere in the world. Children are served a hot meal by courteous staff. BuckHungeralso assists young adults through its restaurant training programme. The soup kitchen is staffed by 15 young people. They all receive on-the-job-training to prepare them for working in the service industry.

After the children have finished their lunches I catch up with Johnny, to find out why the project is so important. Johnny says:

‘The proof in the sight here, come down here at 11 o’clock and see how this thing works, to watch these kids file in here, watch the expressions on their face and the happiness and the joy they feel, it’s phenomenal, to see something being done for these kids other than them sitting on the corner with their hand out, that’s’ how we are used to seeing kids in Phnom Penh, and this situation at BuckHunger is just absolute magic’

BuckHunger desperately needs funding to continue feeding children. Although the soup kitchen is for children, Johnny will arrange adult meals in return for a donation. I’ve eaten a tasty meal here on two occasions. For people wanting to give something back to the children of Cambodia, visiting the soup kitchen could be a good alternative to an orphanage visit.  Johnny also welcomes good old fashioned donations. Donation can be done via the BuckHunger website. It would be ashame to see BuckHunger close its doors to hungry children.