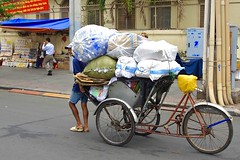 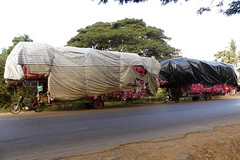 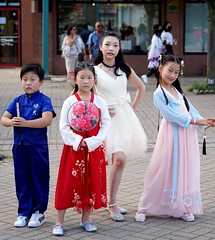 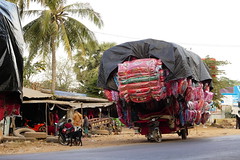 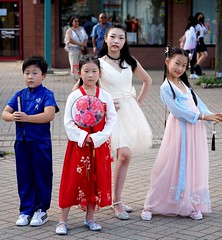 Royal Palace and the Silver Pagoda sit side by side on Sothearos Boulevard and while they are two separate complexes, they are visited as one.

Cambodia’s Royal Palace complex was begun by King Norodom I (ruled 1860-1904) in 1886, when the capital was moved to Phnom Penh. Most buildings were completed before World War I, with involvement by French administrators and Thai designers and architects. French influence can be seen in the formal gardens which enhance the palace, and there are some European-style buildings on the grounds. Now  Royal Palace is a home to His Majesty Preah Bat Samdech Preah Sihamoni, King of Cambodia. Royal palace has four gates. The eastern Victory Gate leads directly to the entrance of the throne hall and is used only by royalty and VIPs. The northern or funeral gate is only opened after the death of a monarch. After being embalmed, the monarch’s body is kept in state at the palace for three months, with the face hidden by a one-kilogram solid gold mask, before being taken out via this gate. The west or executing gate was used by condemned prisoners exiting the palace to be killed. The southern gate is reserved for use by commoners and it is through this gate the public reaches the Silver Pagoda.

At the top of palace’s throne hall, note the four pale, almost clown-like faces, which represent the all-seeing king. The hall itself is painted vivid yellow, a symbol of Buddhism, and white, for Hinduism, the two main faiths of Cambodia until they were combined into one by Jayavarman VII in the 12th century. The central door of the five at the front of the throne hall are reserved for royalty and VIPs. Inside, note the 1913 ceiling mural telling the story of the Ramayana. The thick carpet supplied by China in 1993 matches the lotus-bud floor tiles.

The king sits on the front throne and the queen, when there is one, on the one at the rear during their coronation. The queen’s throne is taller as it is built upon a golden stage made of boats and nagas. It has three stairways, one for her and one for each of the two Brahmin priests who look after her during the ceremony. To the left of the throne is a gold bust of King Sisowath (1904-1927) and to the right stands that of King Monivong (1927-1941).

At the October 2004 coronation of the ballet-dancing son of former king Sihanouk, King Sihamoni, both thrones were left empty as he does not have a queen, and he sat in the ornate chair in front of the throne. Normally a coronation is lavish and runs for seven days, but due to the kingdom’s lack of money, at the request of Sihamoni it was cut to just three. Note the new parasol, which belongs to Sihamoni for the entirety of his rule.

The small white building to the right of the hall is a resting room that used to be used by royalty to catch their breath before climbing onto an elephant to head out into the world. Royal sermons and classical dances would be held in the front pavilion that looks over the park between the Royal Palace and the river. The king’s residence was built in the 1930s. If the blue royal flag is flying, he is in residence.

On the far right sits the royal guesthouse. Following the death of former king Sihanouk’s father, his mother moved from the residence to this building. Today it is used as a guesthouse for special guests of royalty.

To the left of the throne hall sits another small building. The downstairs section contains a small clothing display, including copies of the clothes Sihamoni wore during his coronation. At the rear, note the seven mannequins wearing seven days’ worth of colors.

Behind and to the left of this building en route to the Silver Pagoda is the oddest building: a grey, mostly cast-iron gift from France which was initially constructed in Egypt. It was shipped to Cambodia in 1876 as a gift from Napolean III. Visitors are only allowed to visit the palace’s Silver Pagoda and its surrounding compound. However, photography is not permitted inside the pagoda itself. Visitors need to wear shorts that  reach to the knee, and T-shirts or blouses that reach to the elbow; otherwise, they will have to rent an appropriate covering. The palace gets very busy on Sunday when countryside Khmers come to pay their respects, but this can be a fun way to experience the place, thronging with locals.